The traditional model of computer graphics, in which the image is described by means of geometric figures (objects) built of elements called “primitives”. In two-dimensional graphics, each object has its coordinates and attributes that define it, such as: fill color, gradient, degree of transparency or thickness of lines.

2D graphics are divided into scalable vector graphics and non-scalable bitmap graphics. Its creation can be done using computers or using traditional drawing techniques. The generated images are static and the animations are flat. 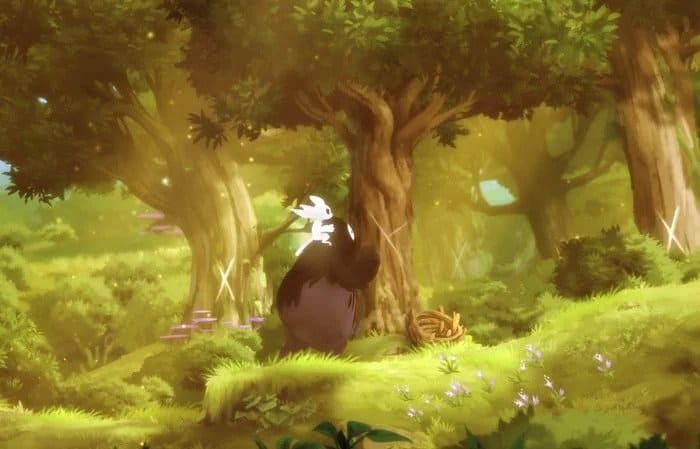 2D graphics need not be characterized by simplicity and a small amount of details; Ori and the Blind Forest presents an exceptionally beautiful two-dimensional setting

2D image dominated in computer games until the mid-90s of the last century, when it became possible to render 3D graphics in real time on home computers. To this day, two-dimensional graphics work well in arcade games, especially classic platformers, but also logical, strategic or adventure. It is often characterized by indie games.

A special case of 2D graphics in video games is the so-called isometric projection. Presenting objects on the screen rotated at an angle of 45 degrees and without using perspective allows you to create the illusion of a three-dimensional image. This technique was widely used in role-playing and strategy games in the 1990s.